This website uses cookies and other technologies to provide you with a tailored experience and to understand how you and other visitors use our site. Click here for more information.

The world of styling & trimming

How to use Hair Clippers ?

How to grow and trim a beard

How to trim and get a perfect styled look

How to grow a beard - Beard Growth Tips for Men

Who is a long hairstyle best for?

How to fix a patchy beard

Discover the most popular moustache styles

How to trim and shave pubic hair for men

David Glover details his five favorite Wikibeardia looks for the spring season – and shows us how to get them.

This moustache shape works well on Brendan because he actually has a rather small mouth. The width of the ‘stache over the upper lip actually adds proportion to his face shape. Adding a dirty shadow around the cheeks and lower lip helps to define and strengthen his chin and jawline.

While allowing the moustashe area to grow thick, keep the cheeks, chin and neck at stubble length. Then shave from the top, clean the lines of the mustache extending beyond the corners of the mouth. Trim and straighten the lines across the upper lip to complete the shape.

While Derek’s beard looks very rugged and unkempt, it has actually been very carefully groomed to give that appearance. The whisker length on the cheeks and lack of definition under his jawline adds to the rough look, but the sculpting around the mouth and chin reveal attention to the details.

This is a really cool look. It works because Reginald has a sparse growth on the cheeks and around the mouth, but thicker growth around the jawline. Therefore he can grow length that is gradually longer at in the chin area where it all comes together in a ducktail point.

Allow a full beard to grow (this may take several weeks). Trim your cheeks and upper and lower lip to a stubble length. Keeping the chin hair as the longest point, trim and graduate the whiskers around the jawline, from short to long at the chin. Finally, shave under the jaw and across the neck.

Pavel has carefully sculpted the beard shape around his upper lip so as not to over accentuate his fuller lips and longer face shape. The overall effect is very striking and well constructed, giving him a controlled edge over his dreads.

First, allow a full beard to grow into several days of stubble. Shave the neckline under the jaw cleanly. Then shave a concave line on both sides if the upper lip that runs from the center under the nose, to the corners of the mouth. In the next step, shave a clean line that runs from the edges of the moustache, across the cheeks and along the inner edge of the side burns. Finally, shave around the mouth, across the upper and lower lip, leaving a center strip from the bottom lip to the chin.

This is the absolute statement moustache, which has become very popular again with the evolution of the hipster culture. Referencing masculine images of the late 1800’s, a little moustache wax will be your best friend here to keep those extended corners tamed perfectly into shape.

Grow a think and full moustache while combing the whiskers out towards the corners of the mouth. Allow the extended corners to grow long, while trimming any stray hairs that do not conform, starting from the center of the upper lip and working out towards the corners of the mouth. Shave cheeks, neck and chin cleanly, allowing only a stubble to grow as desired. Use a moustache wax to tame and twist the whiskers to form the shape that extends outwards from the corners.

This could also be interesting for you: 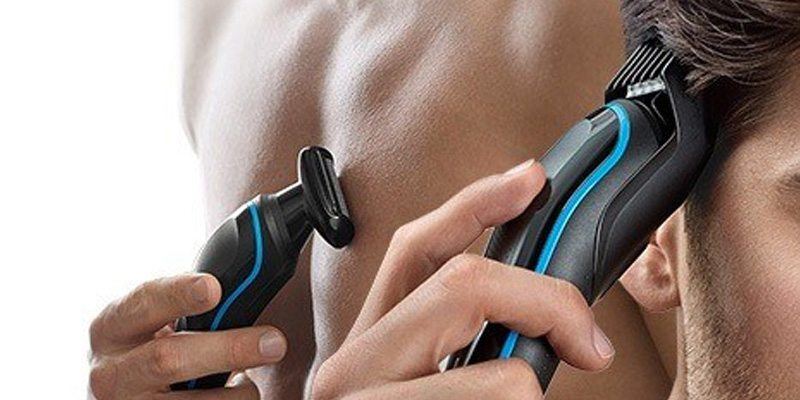 Ultimate control to perfect your style for face, hair and body. 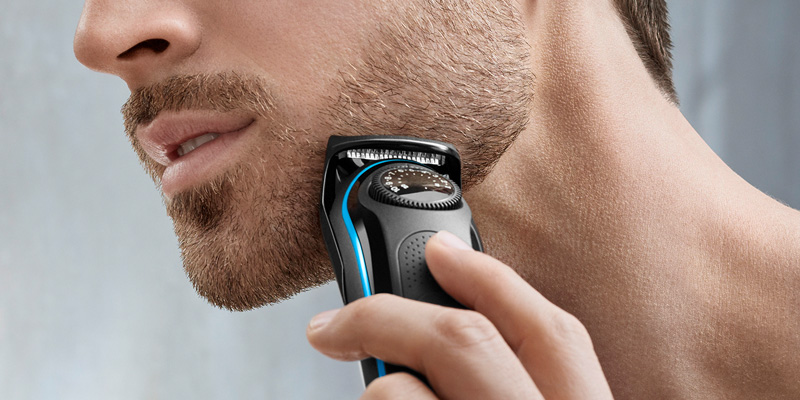 The Braun beard trimmer is great for a cool styled look.

Designed for what matters